This happened a few months ago now but here is my tale of the good-enough glasses. 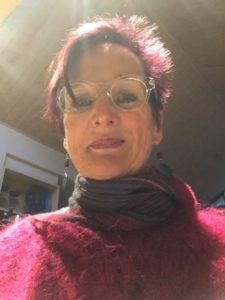 I have new glasses. I have them because I lost my million-dollar-glasses when I was on my way to the Adelaide Writers Festival. A free event that suddenly felt very expensive. Trust me, I looked for the lost glasses. But when you have slimline ultra-everything lenses in flimsy weigh-nothing barely-there frames and you pop them in their moulded cover in a pocket on the outside of your backpack and they disappear, what can you do? Somewhere along North Terrace between the Art Gallery of South Australia, and the Festival site lurked a probably smushed pair of multi-focals.

I reported the loss everywhere that would listen or pretend to listen and a week later when I got home to Melbourne I found I could claim them on insurance. To my surprise the insurers coughed up the full amount that I had shamefully paid for these ridiculously over-priced over everything state-of-the-art designer lightweights. When my hypocritical economy was laid bare before my blurry eyes there were too many zeros.

It’s true I am still a bit angry about the fancy lightweights. I am pissed off with myself for being persuaded of their necessity in the first place. I buy most of my clothing at op shops, but I am a bit of a sucker for the pricey accessory. In a happy twist of logic, I think the op shop economy allows the complementary indulgence. But this was a bridge too far. It turns out you can get two pairs of sturdy frames for half the price of the one swanky pair you thought you needed.

Sick of all the fussing and the high maintenance of the featherweight lenses – I have never had to clean a pair of glasses so often – I took myself to Spec Savers and came back a happy woman. I had decided that I did not have time to look for the perfect specs and that I did not want to spend the same amount of money again. Ever. It just seemed too much. And not fair. I gave the other half of the insurance payout to Fred Hollows Foundation. Forgive me if that sounds a little righteous, it’s not meant to, it actually made me feel happy. And I’ll do the same again next time round. And meanwhile I have two pairs of sturdy, easily cleaned lenses and frames that are entirely perfect.